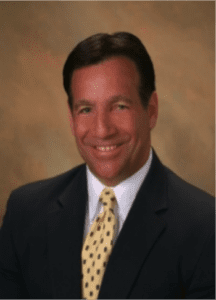 Dan Leonardi is currently Vice President at Bickel’s Snack Foods, a Division of Hanover Foods, Inc. located in York, PA.   Dan has an extensive background in the consumer package goods (CPG) industry, with emphasis in leadership roles within brand development, operations, key account development & change management.  His strength and expertise is centered on building and turning around under performing business units.

At Bickel’s Snack Foods, Dan’s primary responsibilities includes the leading of all sales initiatives for both its regional Direct-Store-Delivery (DSD) operations across many states, as well as the national private label and co-packing business units. Although the company did not make any profit in 6 years, Dan took over the underperforming DSD business in 2013. Within 15 months, the company started generating profit and was on the path to sustainable growth.

Prior to Bickel’s Snack Foods, Dan held various leadership roles at Kellogg Company, particularly as Vice President of Business Development and Regional Vice President.  As Vice President, he managed 6 Director-level managers, with a field organization comprised of 600+ associates, generating over $400 million in annual sales revenue.   Dan was challenged to turn around this ailing Southern Region company within 3 years.  He ended up turning the business around in 15 months.

As a testimony to Dan’s risk taking and entrepreneurial spirit, he took his talents to Auburn University where he successfully built off-campus student housing, completing the “building and selling” of a 35-unit complex within 15 months.  Whether building a complex, team or business, Dan has a proven background in taking on even the most herculean tasks and succeeding.

Beginning his career after two years at York College,  Dan was a sales truck driver at Pepsi, working his way up the ranks to Regional Sales Manager then to Director of Sales and finally as Vice President at Kellogg Company & Hanover Foods/Bickel’s Snack Foods.  A New Jersey native, Dan now resides in Atlanta, Georgia with his wife, Susan.  They have two sons, Daniel and Christopher, both graduates of Auburn University.  Dan has dedicated his time to support The St. Joseph School for the Blind in Jersey City, Habitat for Humanity and The Georgia Chapter of Heart of Passion for Teens with Cancer.